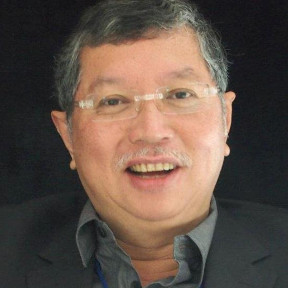 As the Artistic Director of GenerAsia, this company represent Richard’s dream to one day give back to community and collaborate in creating new works and bringing our local performing arts to the heartlands.

Aside from GenerAsia, he was co-founder of Singapore’s only professional cultural arts and Peranakan theatre company ‘The Main Wayang Company’ in 2004. He has dedicated most of his time to this Peranakan theatre company, spearheading a revival of all things Peranakan, passing on the culture and heritage to the next generation, organising Cultural festivals, writing new plays, producing new musical works, and curating Peranakan lifestyle fashion & handicraft events.

From 1996 - 2012, he was co-founder and director of ‘Dance Circle Studios’ a dance school specializing in Jazz, Tap, Ballet, Musical-theatre, Hip-Hop and Spanish dance forms. Since the early 1980’s, Richard has groomed professional dancers, TV celebrities, and local stage artistes in the local performing arts community over the past 35 years. He has been actively involved in national events like Sing Singapore, Chingay Parades, National Day Parades, the Singapore Arts Festivals and countless stage musicals & variety concerts.

Richard was trained professionally in various dance forms - Ballet, Jazz, Tap, Modern & Cultural Dances. He was a pioneer member of the National Dance Company (Ballet) in the mid 1980’s. In early 1981, he was awarded a dance scholarship to study in the Philippines, where he also studied other performing art forms like – Musical Theatre, Drama, Choreography and Stage Management. Here, he was able to extent his interests into theatre, television & film production. His experiences in the Philippines include musicals such as ‘The Wiz’, ‘Man of La Mancha’, ‘They’re Playing Our Song’, Neil Simon plays such as ‘Barefoot in the Park’, ‘The Goodbye Girl’, and numerous Filipino movies under Regal films.

In 1984, he was offered the appointment of Choreographer with SAF Music & Drama Company where he later became Artistic Director (Dance) until 1998. Over these years, he has also participated in various local & international workshops like, The American Musical Theatre, Summer Workshop, New York 1985, and The World Ethnic Dance Convention, in Manila 1990.